“Italian design, British engineering” Triumph TR4
Road registered FIA Race / Fast Rallye Car HTP until 2031
The Giovanni Michelotti styled TR4 is widely considered as the prettiest of all TR’s. The car had been favorably received for its overall performance and great looks and while most TR4’s received Independent Rear Suspension (IRS), Triumph continued to build a live axle version for motorsport purposes. Fitted with a 2,1 L engine and two double Weber Carburetors, the relatively light package makes for a very effective race car in races and rallies all over the world.
Following an incident without structural damage in 2013 this TR4 was completely stripped and professionally rebuilt by Forell Classic Bodies and Beek Auto Racing for Historic Races in the Dutch pre 1966 Historic Championship. As can be seen from the pictures the young and talented Bob Stevens would frequently beat the more powerful V8 cars and Porsches. Typical lap times are Zandvoort 2’13”, Assen 2’14” and Spa 3’14”. The car is in as good as new condition and completely race ready. 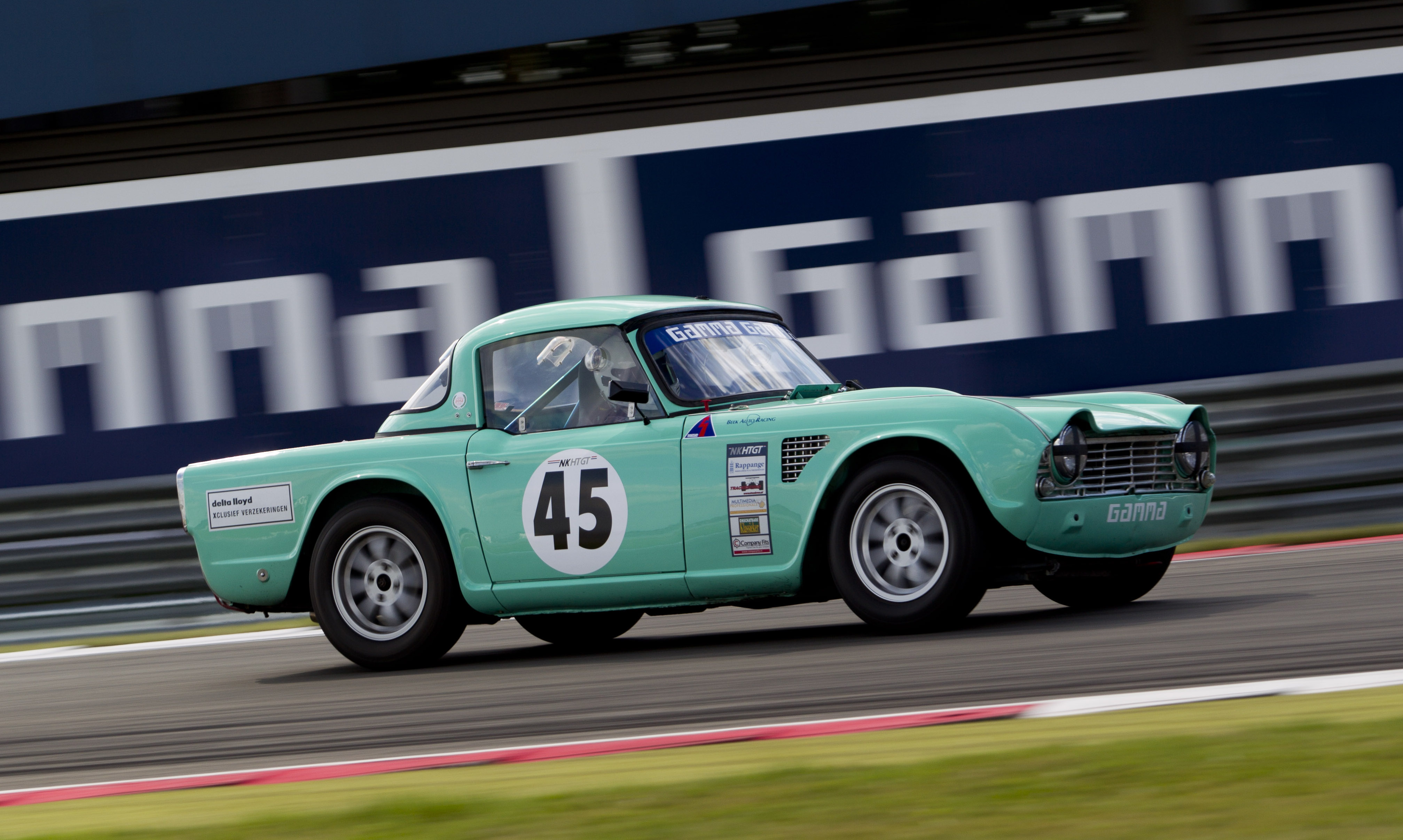 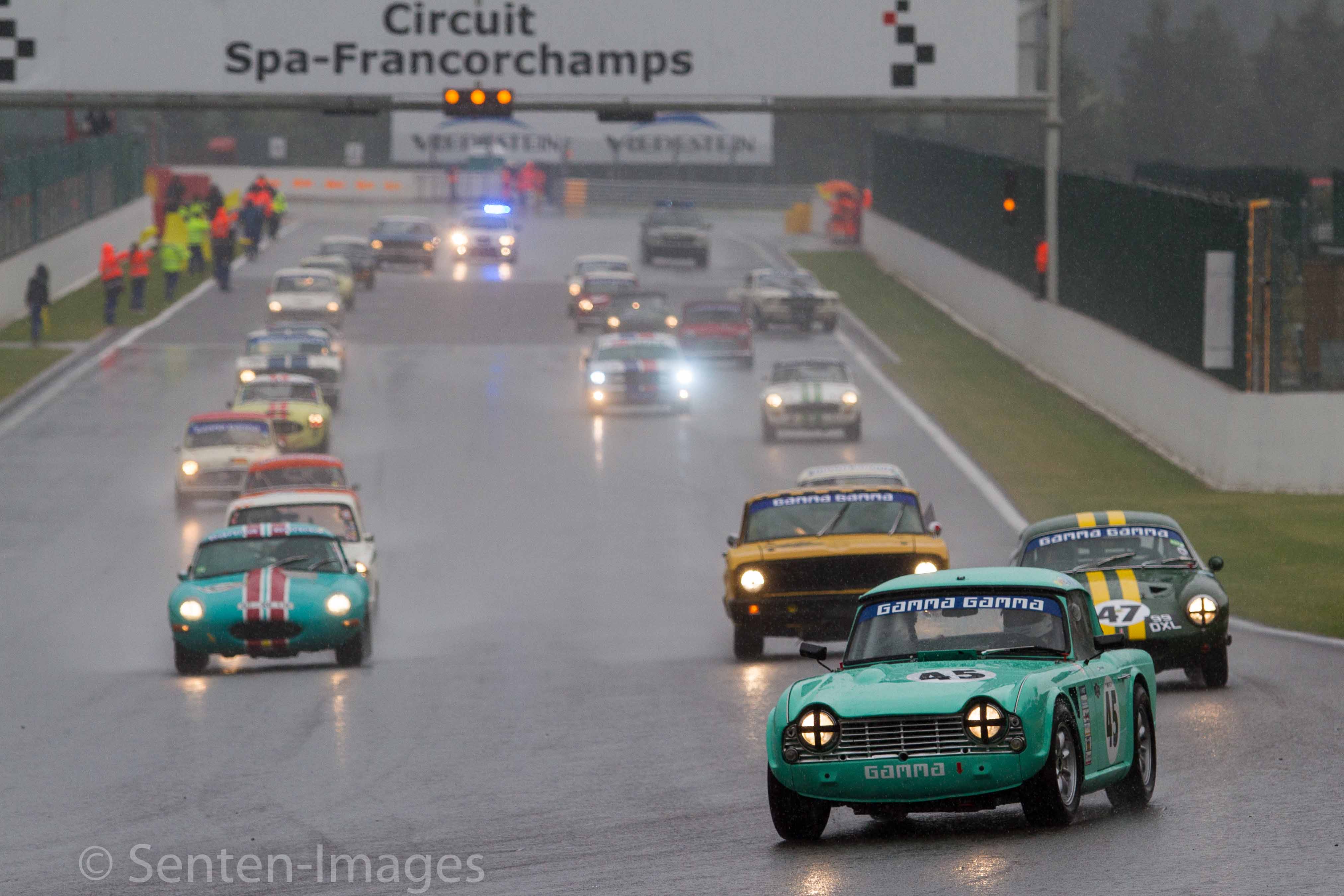 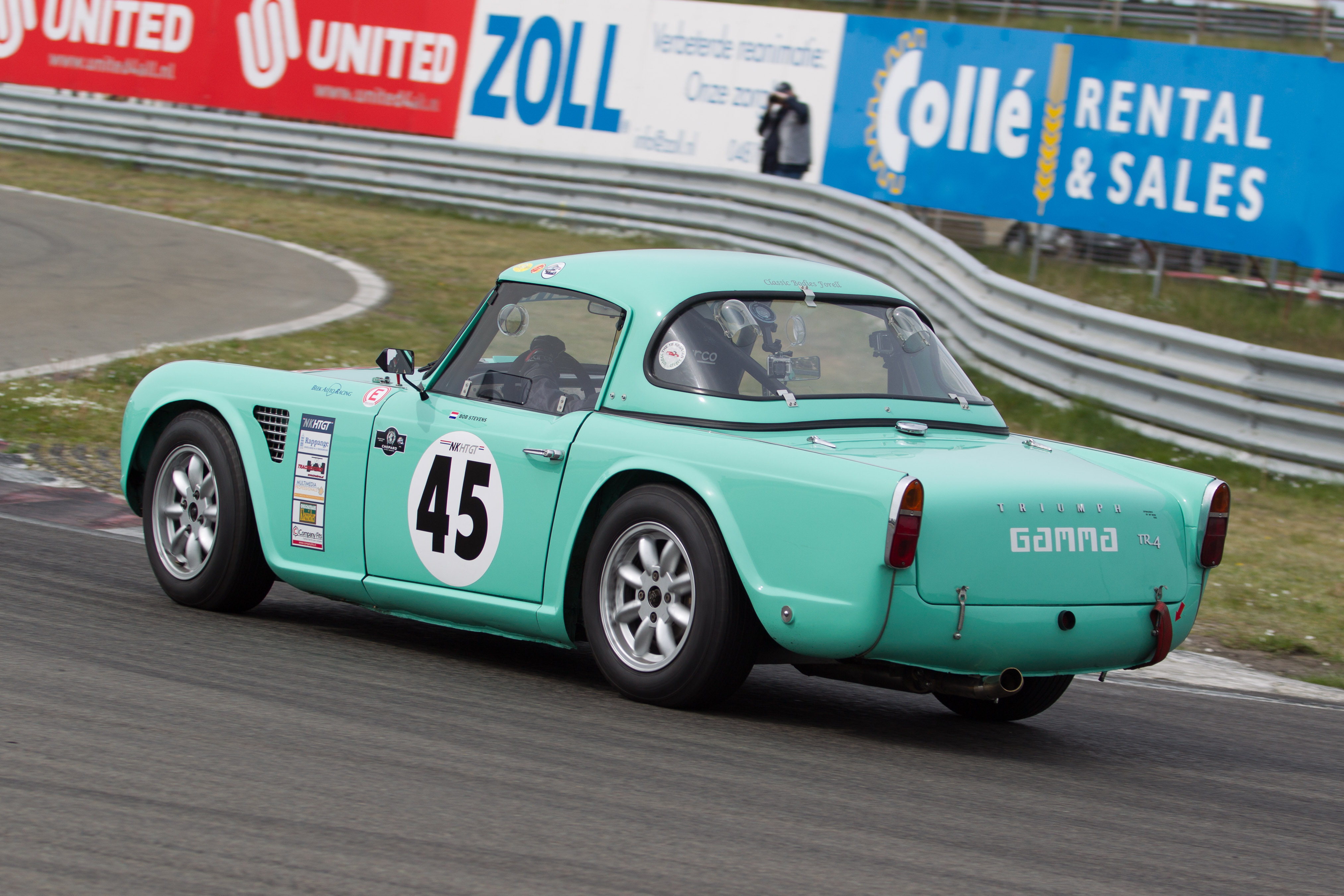 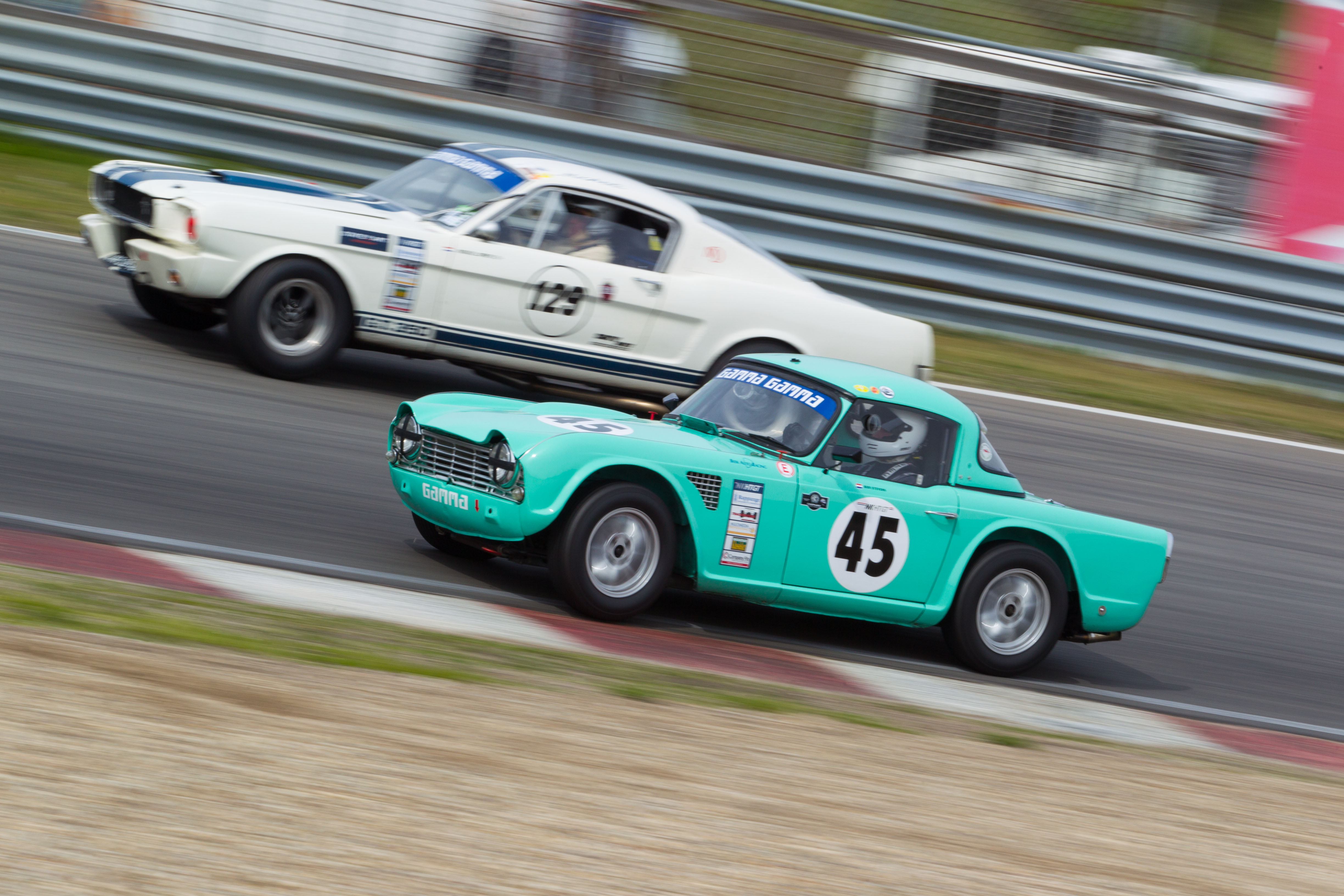 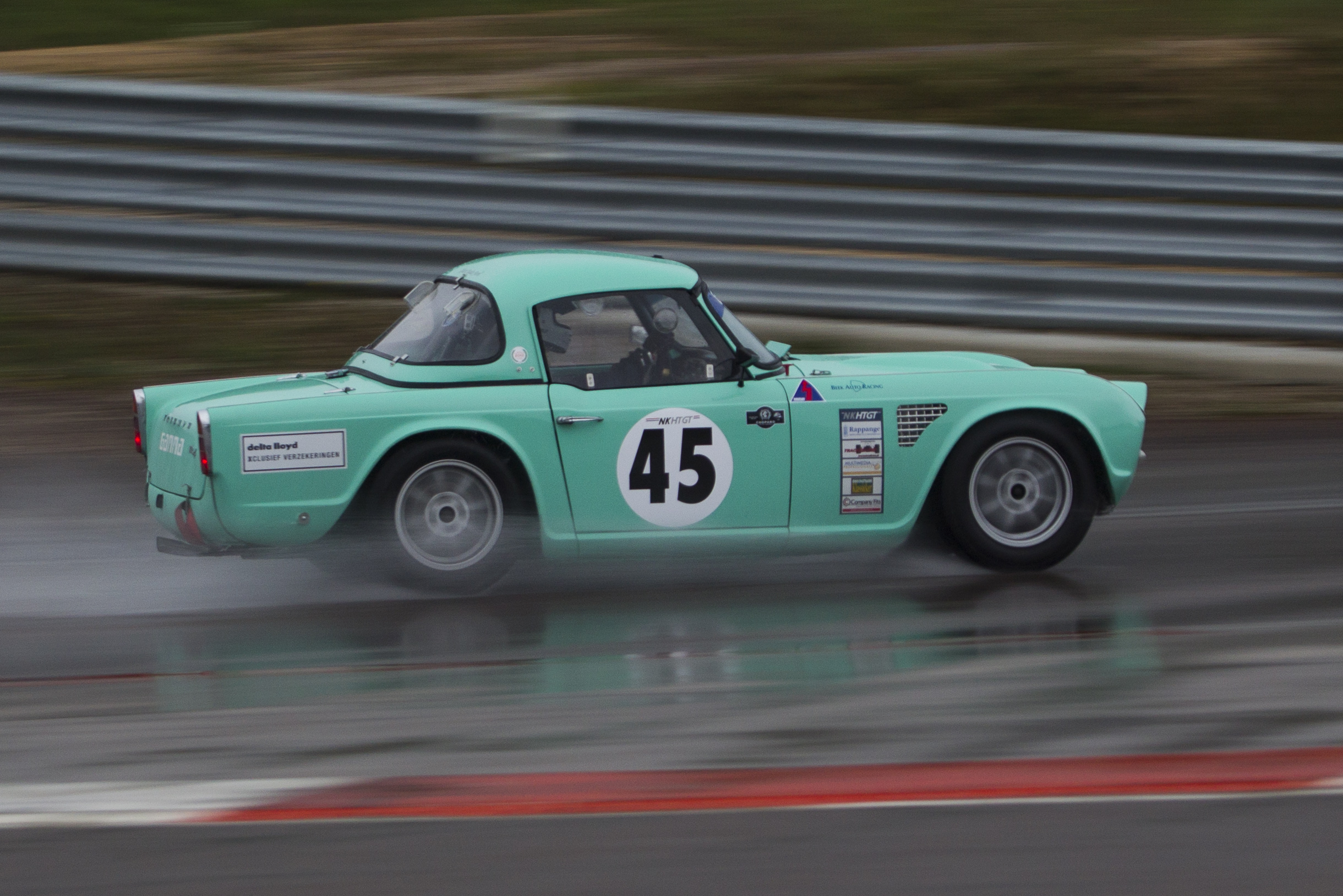 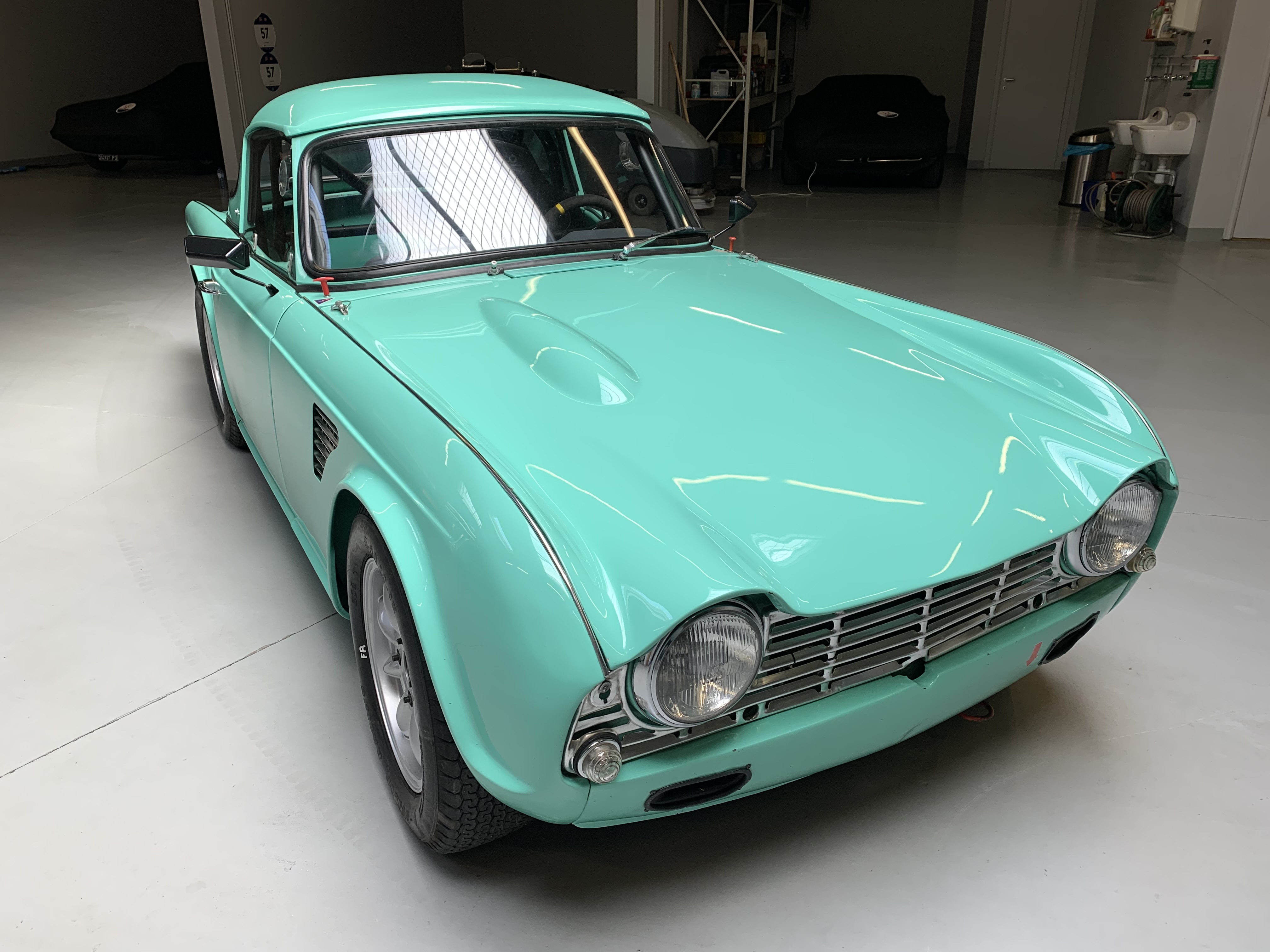 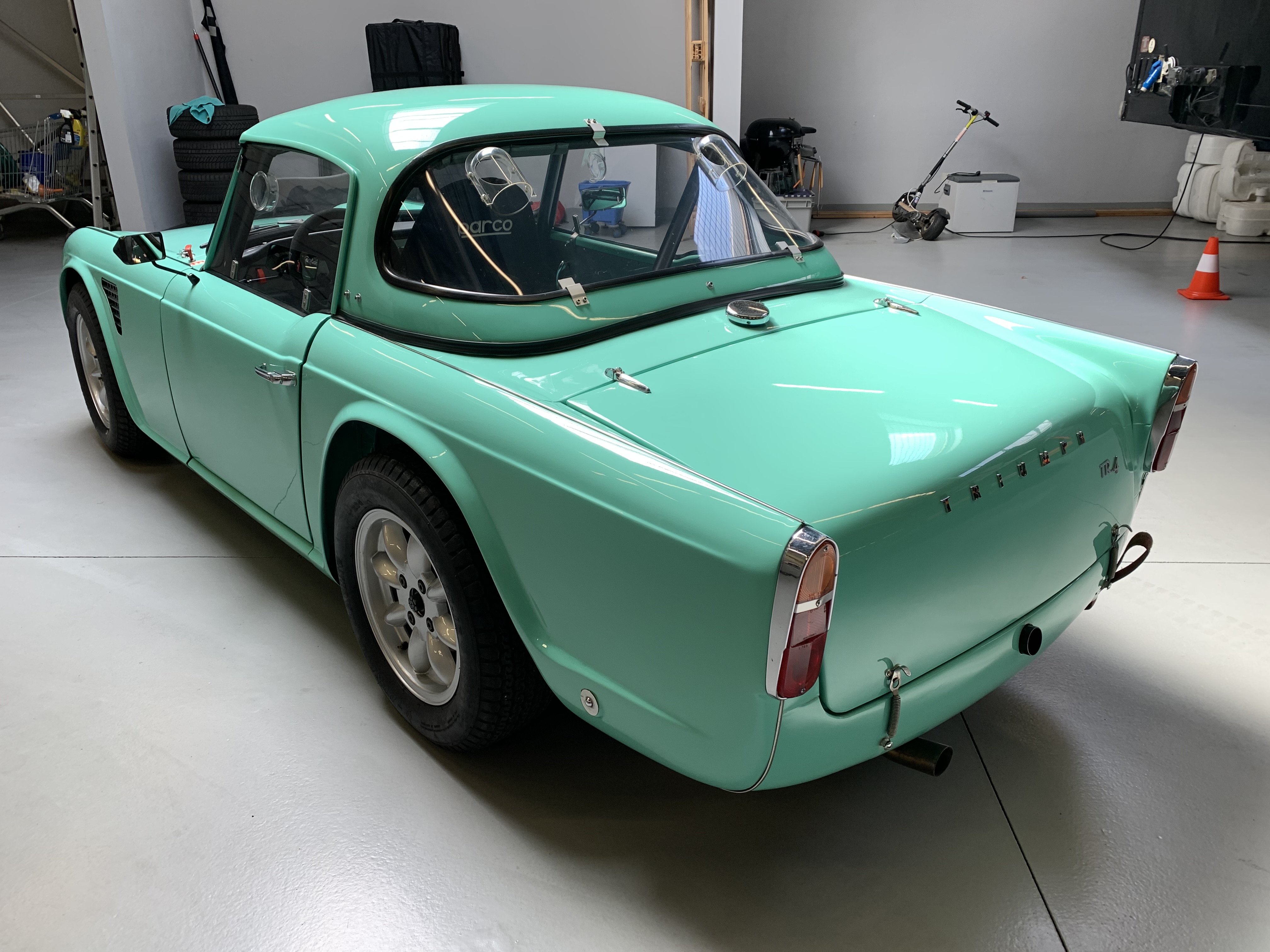 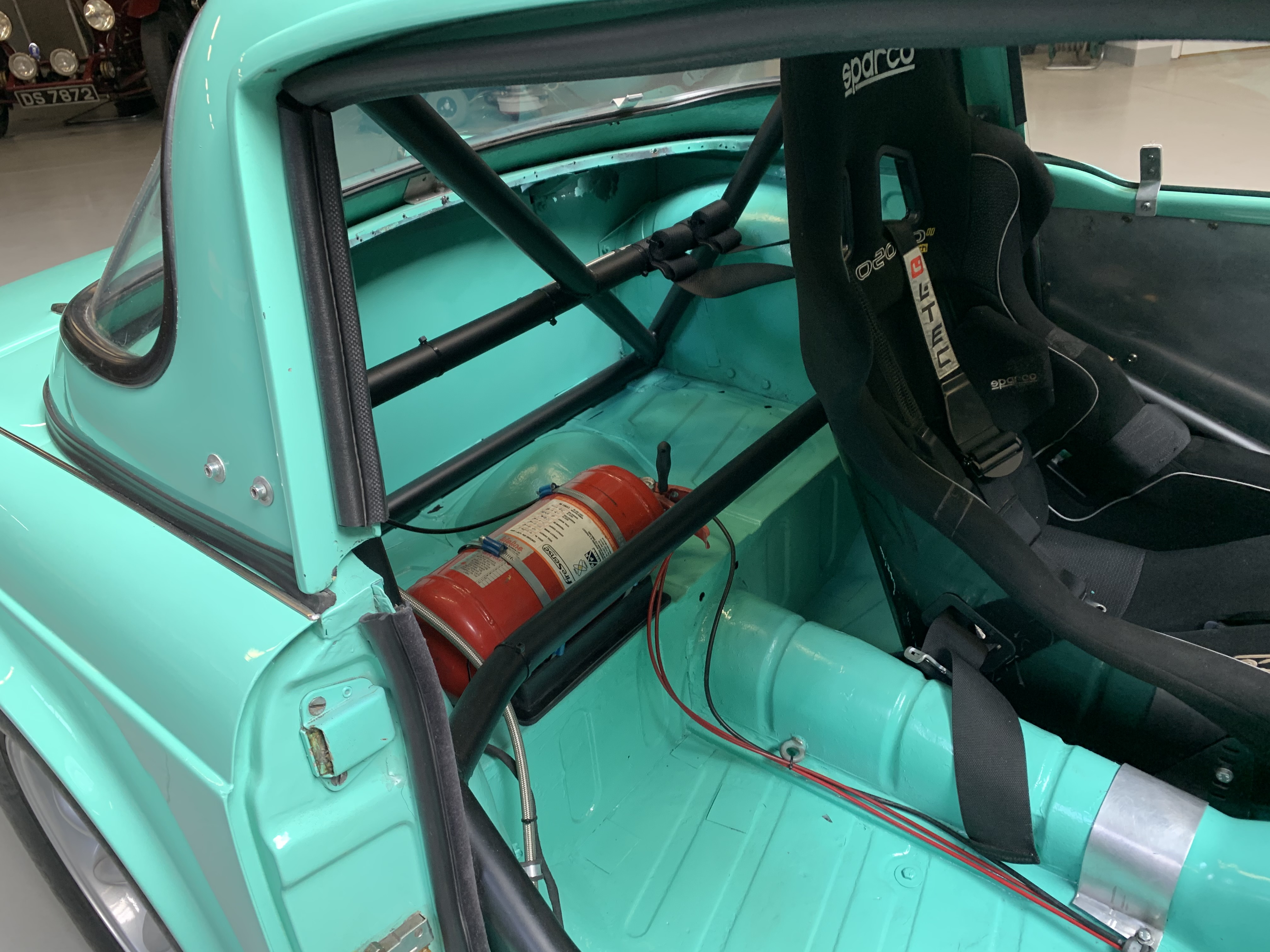 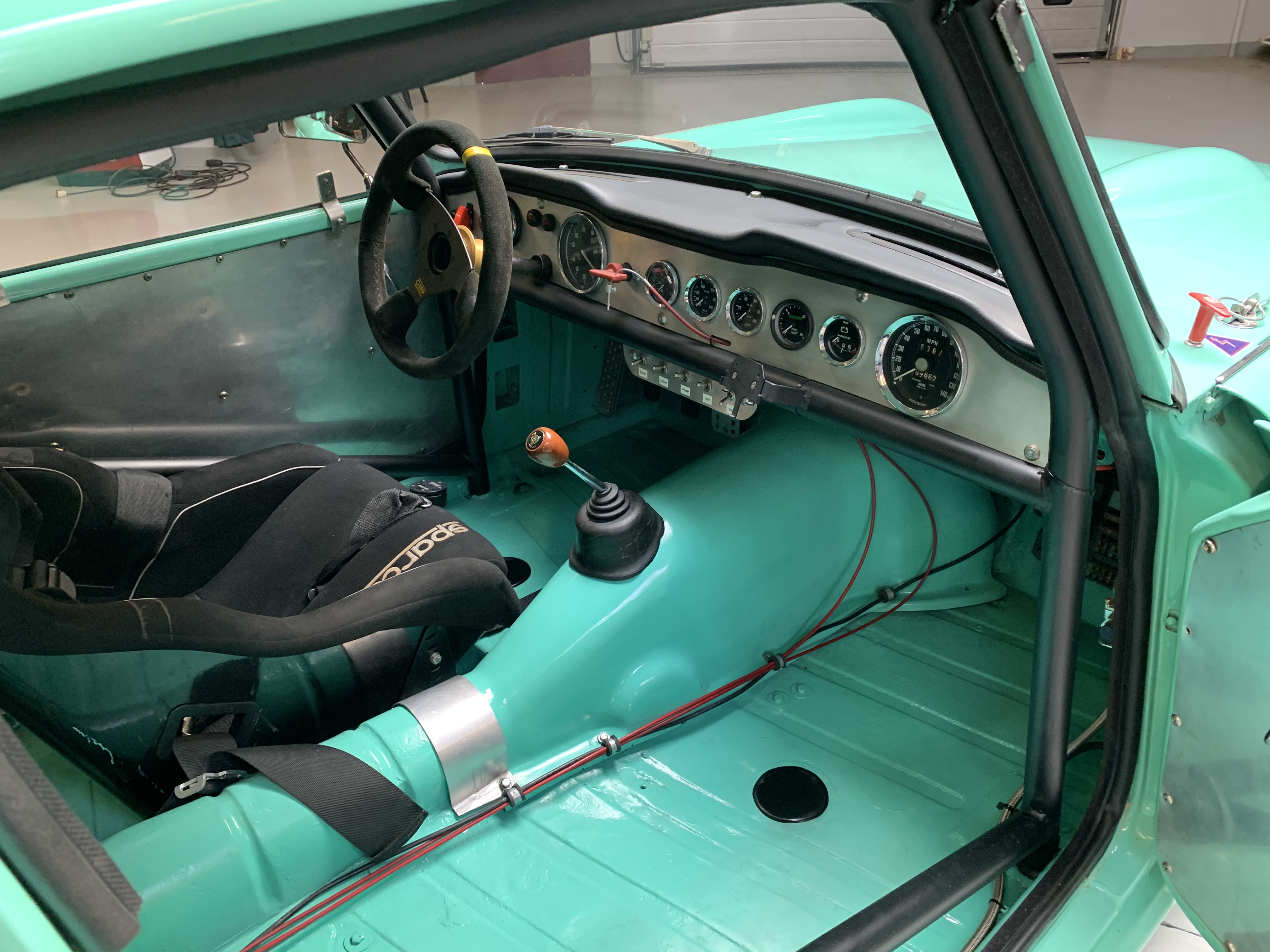 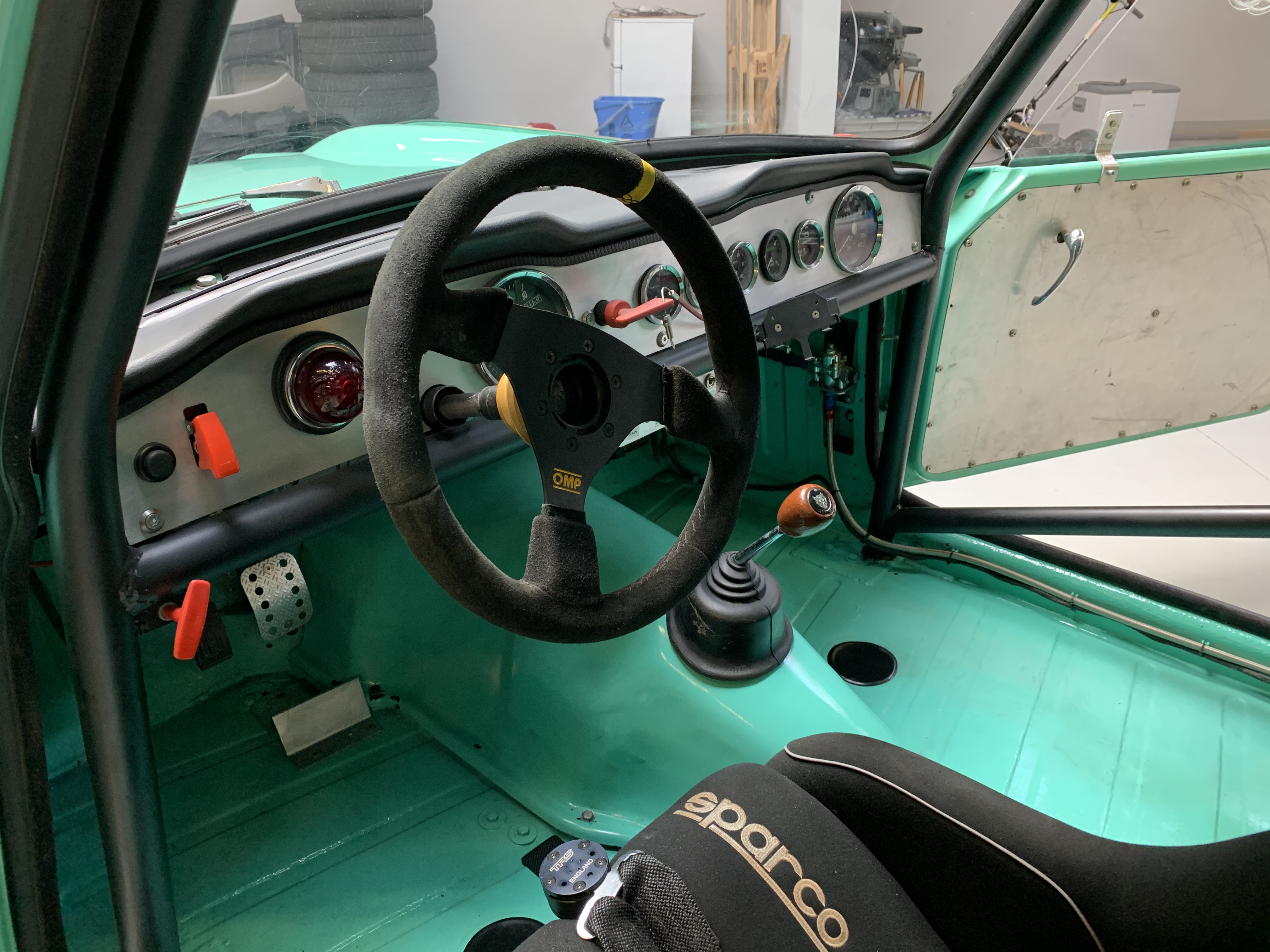 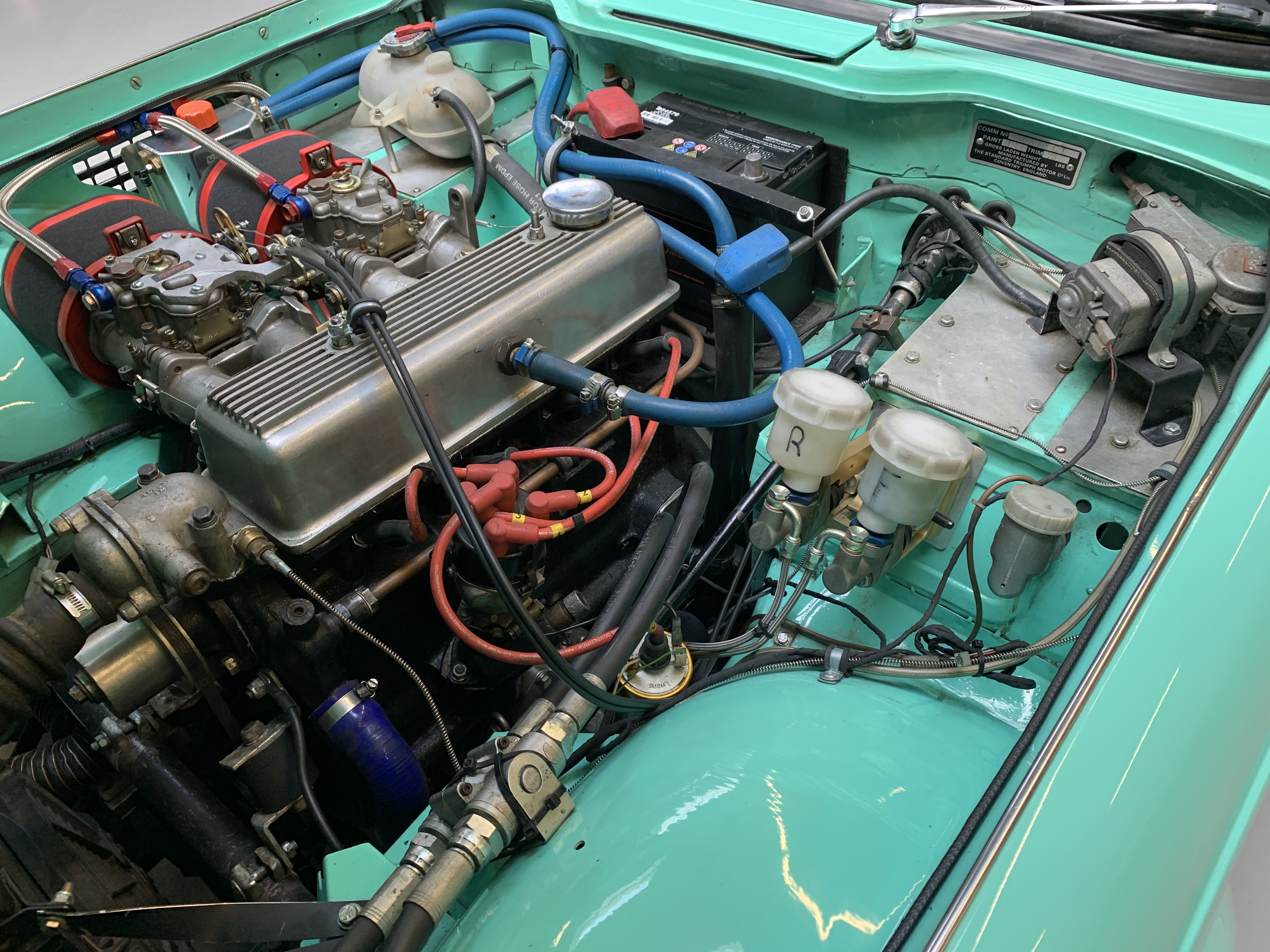 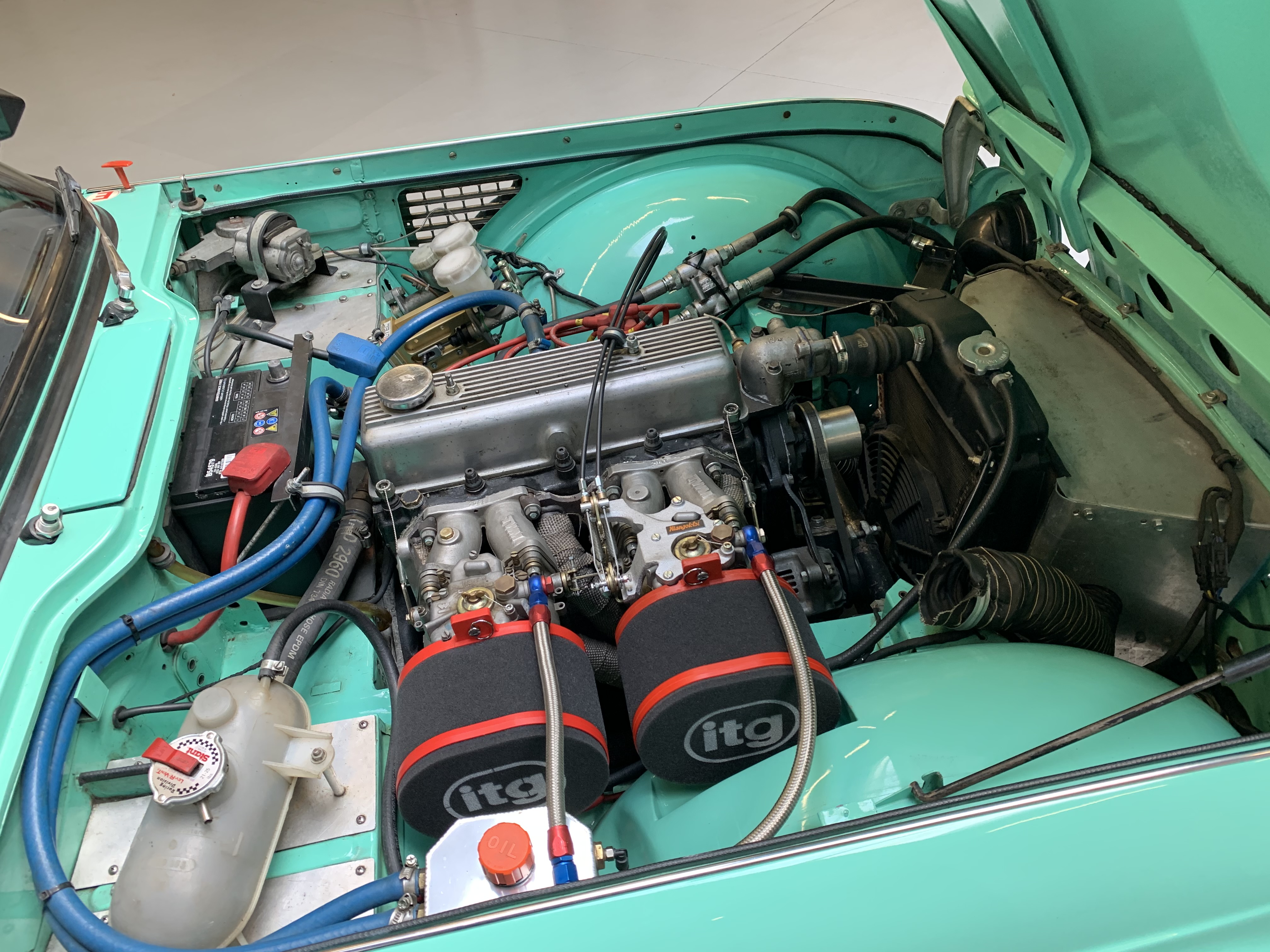 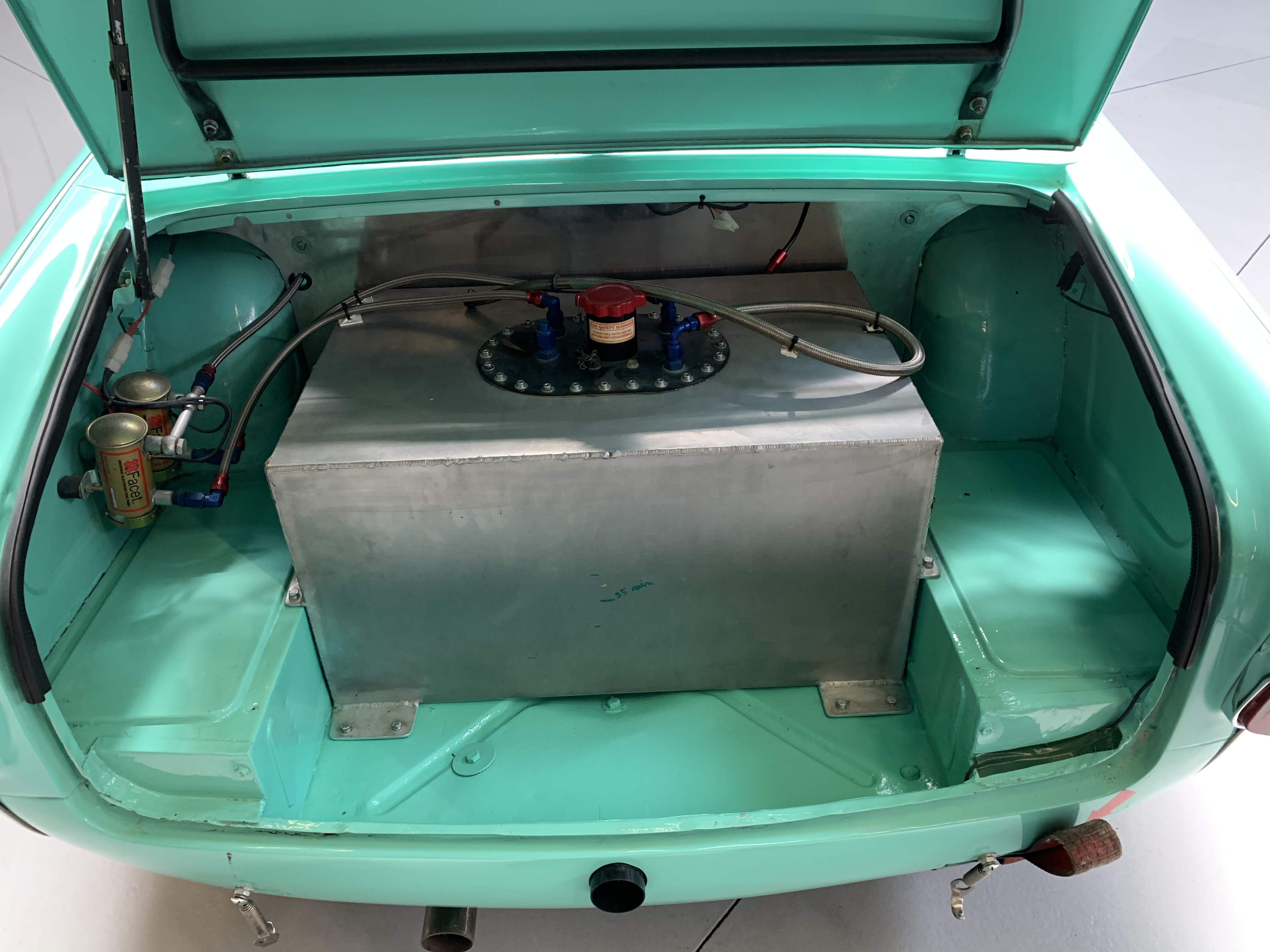 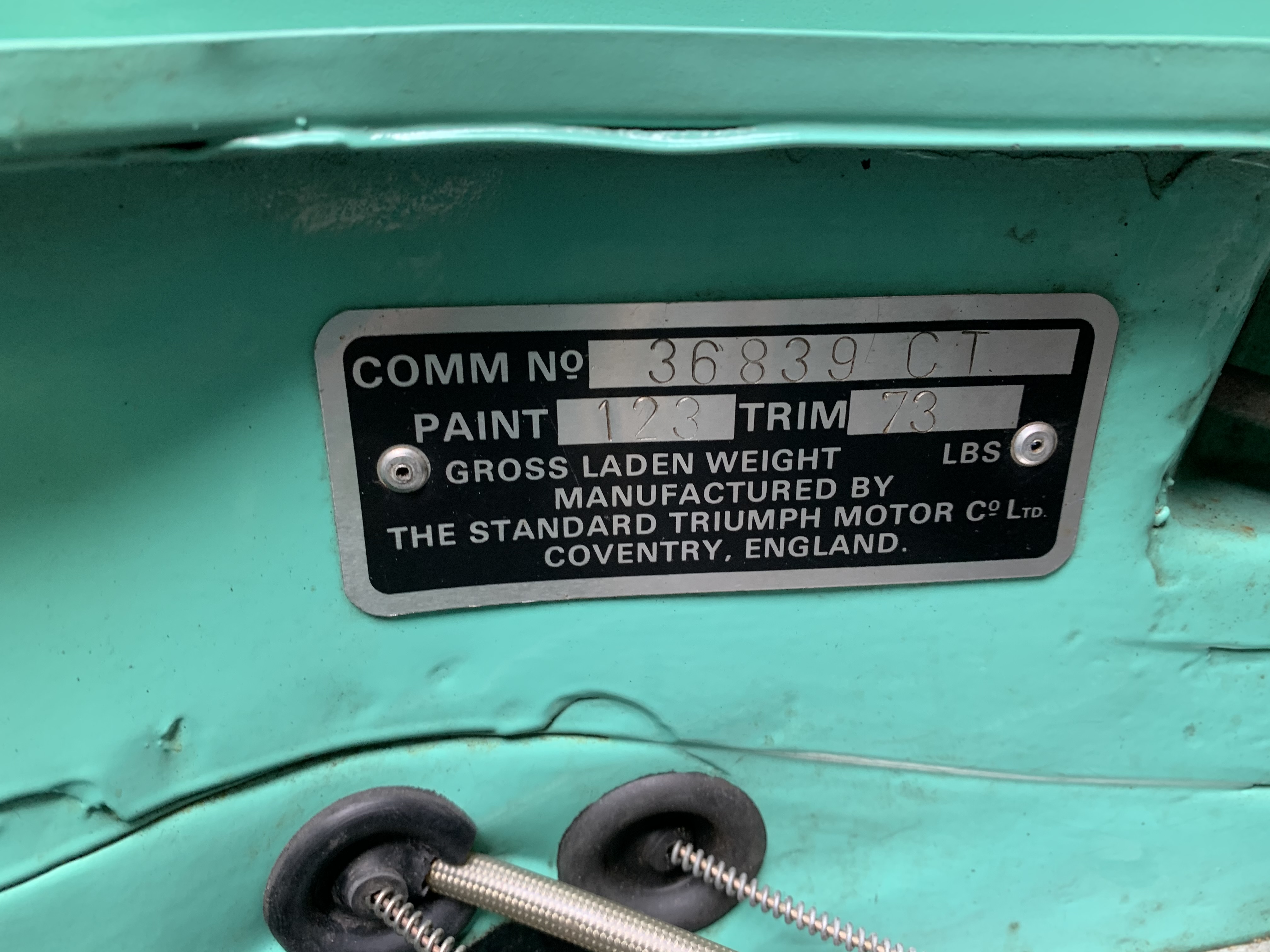